Inspirational Goth Music Events From Across The World

What is considered to be dark, is full of life for a Goth. Darkness does not necessarily relate to evil. It could be mysterious or out of the normal. Again, this does not mean that Goths are violent, humourless or unkind but on the contrary, they are kind, romantic, intelligent and love black comedy. They are not sad. Instead the dark makes them feel happy and provides inspiration. Our previous blog posts have shown how the Goth movement was born during the punk revolution of the late 70s. And, this movement shows no sign of dying out yet!

Many gothic music festivals are conducted across the globe, and these events are now being organised by professional event planners like Rock N’ Events, Kiyoh, etc. For more info about the music festivals near your location, try sites like www.livenation.com.

Some of the popular gothic music festivals from across the globe are listed below. This is where the nightlife lovers creep out for a bit of counter cultural meetup. The events have shops, fun, play, dance and above all the dark and loud gothic music.

Wave Gotik Treffen
The longest running and the most famous Goth festival is the Gotik Treffen, it is a raucous meeting of the cybergoth, Steampunk and other subsets. It starts on a Friday night and goes on till Tuesday morning. The festival is held over Pentecost in Leipzig, Germany. There are 200 musical acts that will be performed, and their genre is restricted to Industrial, punk, goth metal and more.

Bats Day In the Fun Park
It is one of the largest dark subculture events in the West Coast. The event is held in Anaheim, California. The event sports vendors of Goth wares, haunted house themes, daylong trips to the Disneyland-like scavenger hunt, group photos and art shows. 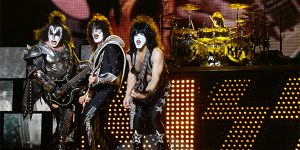 It is an annual three-day music festival specially for the Gothic edge like the Gothic rock, EBM, Deathrock, Darkwave, Industrial and more. It is held at the University of Bradford Union in North England. The fest has scope for vendors, nightclubs, DJs, etc. It draws acts from artists from across the globe.

M’era Luna Festival
This is one of the largest dark music festival held in Hildesheim, Germany. The event happens in August and it based in the former British army base location. The concerts happen in the hangar on Friday and Saturday nights. The event attracts more than 25,000 visitors, and it is mainly metal and Goth bands that attract the attention. Bands like The Sisters of Mercy, Bauhaus and Placebo, The Birthday Massacre, play at the event.

Vampire 5K
This is a charity run event with a sick twist. You can find groups of people wearing white shirts and vampires wearing black shirts. The fun begins when they run for their prey and the bitten person turns vampire once tagged twice by the vampire. The fest is held in Denver, Los Angeles, Atlanta, New Orleans and Washington DC. Goth music plays in the background to create the right mood for the fest.

Endless Night Vampire Ball
The event is held in New Orleans, Berlin and New York City annually. The one-night club event is described as a masquerade ball with the energy of rock concert. A strict dress code is enforced. Black dress, fangs, mask add to the festivity. The subcultures like Steampunk, Gothic Lolita, Eyes Wide Shut, garner support for the event.

5 thoughts on “Inspirational Goth Music Events From Across The World”