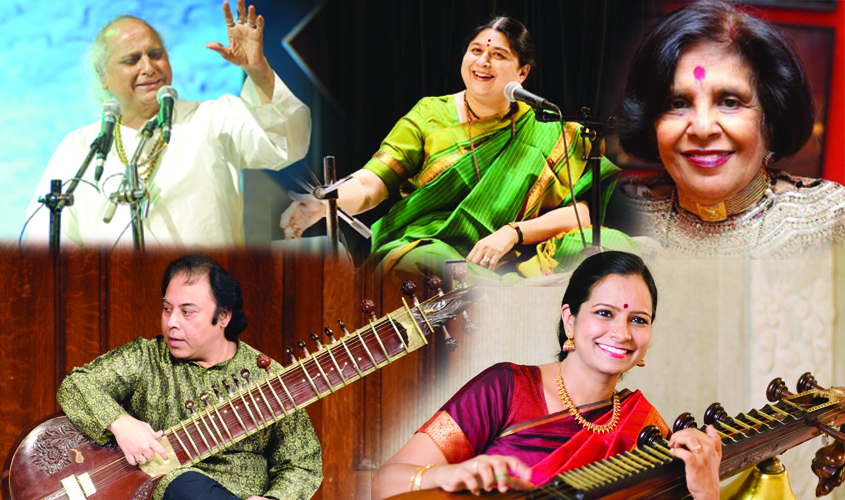 Some Fun Fact On Traditional Music

Music has become a part of life for most of the people. Traditional music renders a serene experience to its listeners. According to the studies conducted by many experts, hearing various kinds of music, especially classical music will increase the brain power of human beings and also helps students in their studies. Peppy Bollywood numbers have become the people’s favourite in the western parts of India. Ravi Shankar, a famous musician, performs the Beatles using his sitar which attracts huge audience. But there is a lot more we can discover in music. Indian music and spirituality are closely inter-linked with each other.

The instruments, rhythms and melodies that are used in the Indian music sounds strange to the Western ears and they require a better understanding of the music. The Indian music concerts conducted across the nation mostly contain one singer or an instrumentalist. The traditional Indian music comprises mostly of a single melody line in which single notes are collaborated. Indian classical music performances usually happen for long hours with levels of improvisation and finally winds up slowly and neatly. Ravi Shankar put forth is view to George Harrison in the Bangladesh concert that he always found it difficult to differentiate between Harrison’s tuning and performance.

Music was mainly considered to be a male dominated activity. In early times women were permitted to sing only for three events, namely, while working in farms, weddings and while attending shrines during festivals. A musical performance refreshes and energises your soul and is normally a one-to-one communication between the musicians and audience.

Earlier, audience expressed their appreciation by lifting their hands and whispering “wawa”. But in the recent times, cheering and clapping are regarded to be the modern ways of appreciation. The audience visiting the concerts is of two types, namely the “love audience” and “ticket audience”. Indian musical concerts do not have people turning up in large numbers. The audience visiting these concerts may at times be just 20 in number resembling family get-togethers. The small stage in which the Indian musicians show case their talents is called the “takht”.

The classical music acquired its existence from the Vedic culture. The traditional Indian music was developed from the religious melodies and poems of the Vedic period. Samaveda, one of the four Vedic texts has laid foundations for many musical kinds. The Hindustani style of music from the north and the Carnatic style of the south are the two most important styles of Indian classical music. The Gharana School of music is the most reputed school which facilitates music learning. It is more of a philosophical school rather than formal institution. In olden days, musical skills were taught orally and it passed on gradually from the father to the son or from the teacher to student. The Indian music consists of two main pillars namely the raga, melodic form and the taal, rhythmic form. The students express their respect and gratitude to their mentors by touching their feet. It is important to have coordination and a proper relationship with the mentors.